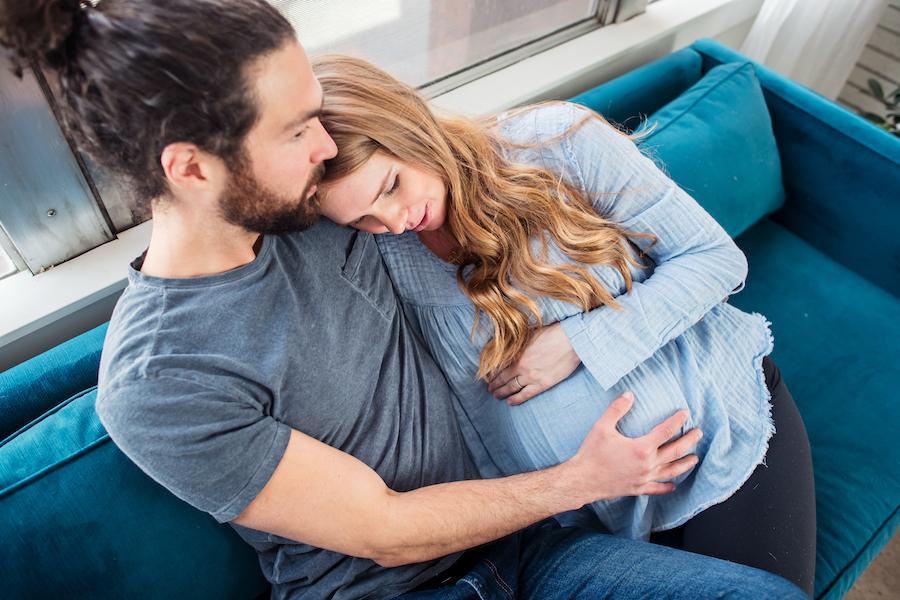 Pregnancy affects women’s circulatory system, which adapts to the pregnancy to produce more blood and reduce vein tension. As a result, a pregnant woman’s blood pressure drops at the beginning of her pregnancy and then rises again during her second trimester. All of this is perfectly normal and has no effect on most women.

Left untreated, an increase in blood pressure and preeclampsia can have an effect on several organs in the body. In rare cases, it can even lead to a more severe condition and seizures, called eclampsia, which can in turn lead to a condition called HELLP. This is a life-threatening condition that affects most of the body’s organs and the blood’s ability to coagulate.

Blood pressure and the presence of protein in your urine are measured by your care provider, but there are certain symptoms that you as a pregnant woman should be aware of:

• Headaches—higher blood pressure causes a severe headache that cannot be treated with paracetamol or rest. • Swelling—your body retains fluids when protein is released into your body. • Vision—can be affected with light sensitivity or blurred vision. • Nausea or vomiting. • General feeling of unwellness. • Pain under your ribs on the right side.

Generally speaking, preeclampsia is uncommon and occurs in only 2–10% of all pregnancies. If you have had one pregnancy and seen no change in your blood pressure, then it is unlikely to change during your next pregnancy. Preeclampsia is most common in first-time mothers. Two out of three women who are affected are first-time pregnancies.

We do not know what causes preeclampsia, but we believe that the cause is multifactorial, which means there are several underlying causes. Age, smoking, weight, genetics and type of pregnancy are a few risk factors.

As mentioned, the cause of preeclampsia has not been clearly determined. However, we do know that changes occur in the placenta which affects the supply of nutrition to the baby. Women who suffer from this condition are therefore extra carefully monitored with frequent ultrasounds to monitor the child’s growth and the flow in the umbilical cord.