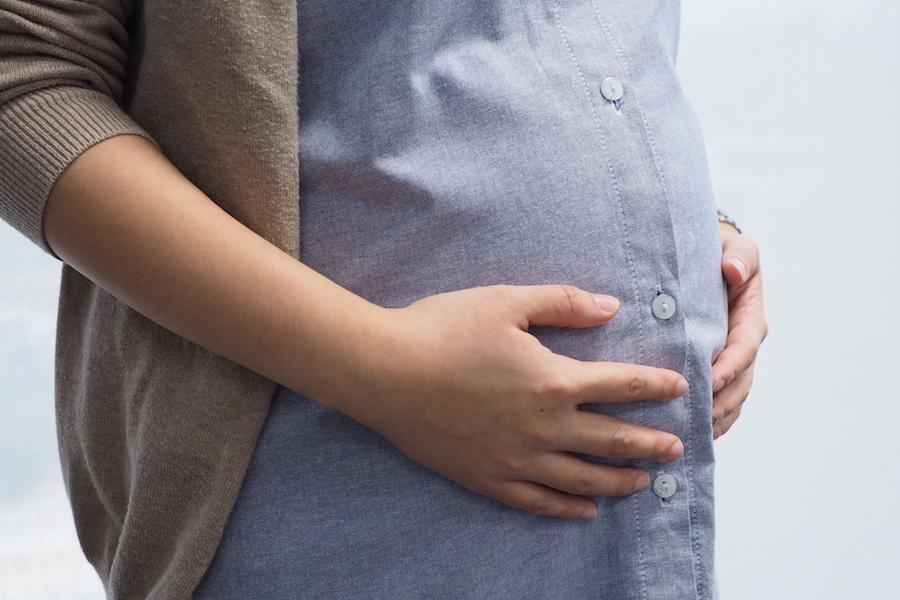 Pelvic pain - Why do I get it?

Pelvic pain is common in pregnant women and involves pain in the posterior pelvic joints (SI joint) and anterior pelvic joint (symphysis). Even today, the terms joint loosening or pelvic loosening are used when talking about pelvic pain, which unfortunately tends to frighten many women.

When you experience pelvic pain, it’s important to remember that nothing is coming loose or breaking; pelvic pains aren’t dangerous. The pelvic joints have an incredibly stable construction together with strong ligaments and only allow movements of a few millimeters. People often relate pregnancy-induced pelvic pain or joint pain.

It is most common that the pain occurs between pregnancy weeks 12-24, but you can experience pain earlier and later since it’s individual. The pain often varies during pregnancy, and sometimes some women may experience reduced pain when the baby has fixed itself at the end of the pregnancy. The reason for this is increased stability in the pelvis.

If you experience pelvic pain, it often stems from far down one or both sides of the lower back or in the middle of the pubic bone (symphysis). The pain can radiate to the buttocks, groin, abdomen, and thighs, but never below the knees. The pain you might experience can both be sharp and grinding. An uneven load of the pelvis triggers this. The pain often occurs during regular daily activities such as standing on one leg, brisk walks, climbing stairs, turning in bed, or moving in or out of a car. You may also experience locking sensations in the pelvis/hip region and have difficulty lifting the legs when lying down or sitting.

Pelvic pain usually recurs after activities and gradually during the day. All women experience different levels of pelvic pain. It’s enough for some to make slight changes to their routine to relieve pain, while other women must go to greater lengths and, in some cases, even need crutches or take sick leave.

Why does it hurt?

During the early stages of the pregnancy, the hormone relaxin is released, which, among other things, aims to soften the body’s joints and ligaments. This is so the pelvis can be widened slightly during childbirth and facilitate the baby’s passage. It is believed that relaxin contributes to reduced pelvis stability, increasing the risk of experiencing pain. However, a growing body of research continues to discuss how much effect relaxin has on the onset of pain from the pelvis.

It’s probable that the hormone isn’t the sole determinant of whether a woman will experience pelvic pain or not. It’s also believed that altered posture due to the growing belly, increased body weight, altered movement patterns, increased tension, and degree of physical activity and exercise affect the onset of pain.

There are plenty of options to reduce pelvic pain, but there are no guarantees to eliminate pain completely. Contact a physiotherapist with women’s health expertise to get an examination and individual advice. Many women become pain-free fairly immediately after childbirth, while some have persistent pelvic pain for some time, even after giving birth.

Consider the level of stress you put your body through daily

The first thing you should consider if you’re bothered by pelvic pain is what could trigger the pain, and in what situations is it prevalent? This doesn't mean that you have to exclude all activities that hurt, but it may be wise to slow down a little. Pelvic pain is closely related to overloading your body. For example, a woman may experience pelvic pain after walking for 5 km, but shortening the trip to 3.5 km may be completely painless. You need to feel out the body and see what’s right and causes the least pain.

Mobility training and exercise have been proven to relieve pain. However, in some cases, the workouts need to be modified not to trigger additional pain. The purpose of exercising is to make the pelvis more durable through increased circulation, strength, and stability. It can be helpful to, for instance, tweak painful exercises by making smaller movements or reducing the weight. It also usually feels better to keep the pelvis in a stable position during exercise, so be more careful with activities that require you to stand on one leg or make repeated lateral movements.

Some women experience pelvic pain so strong that it prohibits them from training the muscles around the pelvis. Suppose this happens to be the case; the focus should then shift to finding exercises that relieve pressure from the pelvis and maintain the strength in the rest of the body. It could also be recommended to perform exercises when sitting rather than standing or lying down. Studies also show that water exercise can be suitable for pelvic pain as the pressure significantly reduces.

A well-used tool for pelvic pain is a pelvic belt. It’s an elastic belt with velcro straps used to stabilize the pelvis during activity and is experienced by many as a pain reliever. The belt should sit far down; it applies pressure over the glutes and pubic bone. Some women have also reported benefits from acupuncture or TENS (transcutaneous electrical nerve stimulation), which is a method of helping the body’s pain-relieving system do the work.

What can I do myself?

The first thing you can do is identify what triggers your pain and then start by reducing these activities, either by asking for help or, if you can, stop these activities altogether. If the things we list below work well for you, there is no reason to avoid these things in your daily life. You know your body best, so it’s up to you to determine what works and what doesn’t.