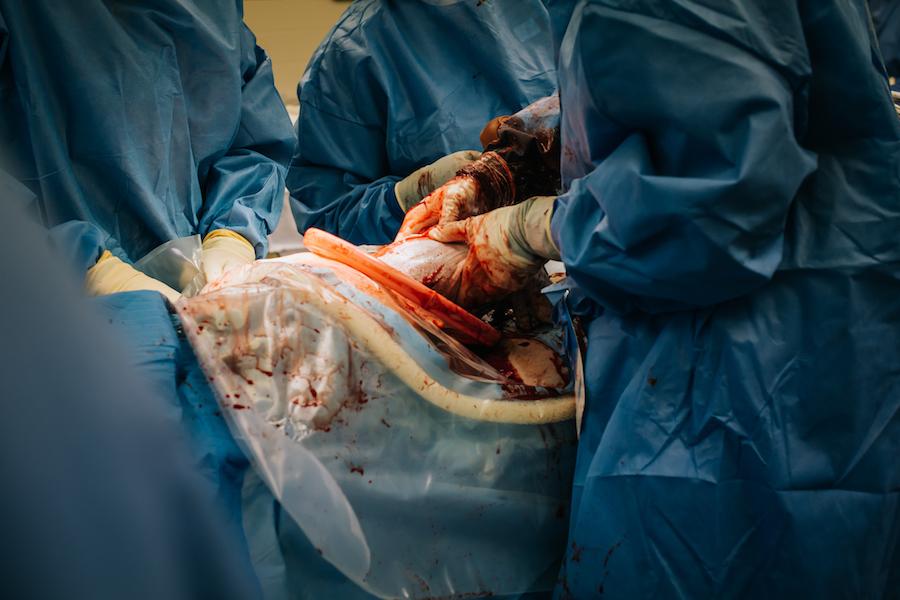 If the baby is to be born by Caesarean section

A Cesarean section (or birth) is divided into planned and acute Caesarean births. A planned Caesarean birth means that it has been decided that the mother will have her cesarean birth before the labour has begun. Sometimes the mother is informed about the Caesarean birth early in the pregnancy and sometimes maybe just a few days before, all depending on the reason. The most common causes are the placental position, the child’s position in the uterus, that the mother suffers from preeclampsia, or that it is her own wish because she previously had a traumatic birth.

Emergency or acute – what is the difference?

Emergency or acute Caesarean birth means the decision is made after onset of labour. The most common reason is that the baby shows signs of stress from the birth itself or that the labour is prolonged, which may result in complications for both mother and child.

This is how it works

Anesthesia has been checked very carefully before the operation has begun. The incision itself is placed horizontally just above the pubic bone and is usually not very visible when it has healed. Once the doctor has started the operation, it takes about 5 minutes before the baby is born. Just when the baby is to be taken out, a certain form of discomfort and pressure can be experienced by the mother. When the baby is born, they try to mimic a vaginal birth as much as possible. This means that the baby is placed on the mother's chest.

The partner may be present at all times unless the mother has been anesthetized. The time after the Caesarean birth is similar to the time after a vaginal birth, except that there are more controls of the mother around the surgery itself, and that she also needs much more pain relief afterwards. The recovery period after a Caesarean birth without complications is only a few days longer than a vaginal birth for a first-time mother.