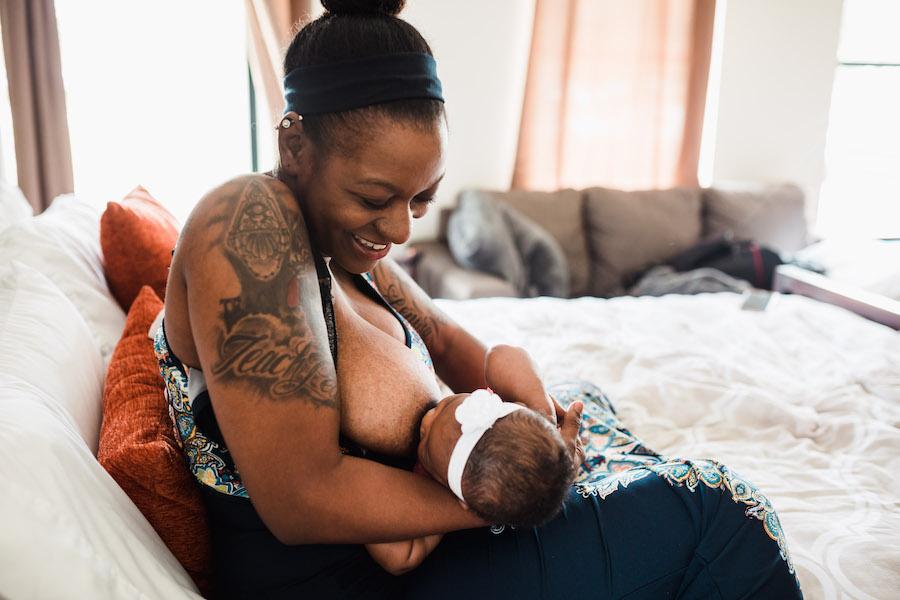 PregnancyOxytocinThe importance of oxytocin for breastfeeding

The importance of oxytocin for breastfeeding

The release of oxytocin during breastfeeding also helps the body create more of the milk binding hormone prolactin, which forms more frequently during the night. It might help to keep this in mind when the baby wakes up during the night wanting to feed, as it actually boosts milk production.

Benefits for the mother

Stimulation of the mother’s breasts during breastfeeding provides a great release of oxytocin, but the woman is affected in many other ways too, other than a more effortless production and extraction of the milk. She can experience a sensation of increased calm and comfort and become so tired that she will struggle to keep her eyes open. The oxytocin will also make her more sensitive to sounds and disturbances. If the child gets a hiccup or suddenly wails, a sleeping mother with high levels of oxytocin in her body will wake up much easier than a person with lower levels of the hormone. An increased release of oxytocin during breastfeeding also helps the womb to contract the first weeks after birth. This is a common reason why women experience womb pain when breastfeeding. If the pain is unmanageable, a heating pad, TENS device, or non-prescription drugs can be used as pain relief.

If you do not breastfeed your child, skin to skin contact during feeds can be beneficial for both the child’s and your health thanks to the release of oxytocin in both your bodies.