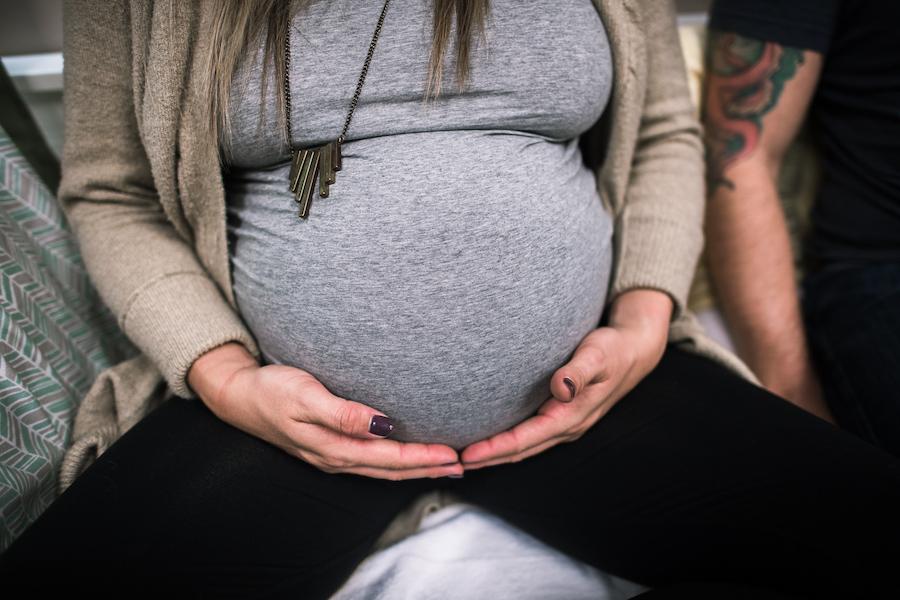 More information from the midwifeSigns of pregnancy

Do you think you might be pregnant? There are several signs that may indicate pregnancy. Here are some of the most common ones. Remember that everyone is different, and you may not have all of the symptoms. Listen to your body and look out for changes. If you’ve been pregnant before, it’s probably easier for you to recognize the signs.

If you think you might be pregnant, you should take a home pregnancy test. If the test is positive, you are almost certainly pregnant. Congratulations! Contact your health care provider to start your antenatal care.

As soon as you are expecting a baby, your breasts change to get ready to produce milk. Larger, swollen and tender breasts are therefore an early sign of pregnancy, because the mammary glands grow, and extra fat is stored. After a few months, the nipples and areolas usually darken too.

Fatigue Many women feel extremely tired during the first eight to ten weeks. This is due to hormonal changes and the strong onset of the pregnancy hormones progesterone, estrogen and human chorionic gonadotropin (HCG). The high level of progesterone in particular is what makes you tired.

Two-thirds of women suffer from morning sickness when pregnant. The sudden nausea feelings typically occur in the morning, when your blood sugar is low. Some women just feel sick, while others actually vomit. Morning sickness is due to the large secretion of HCG at the beginning of pregnancy, the same hormone that a pregnancy test reacts to. For most women, morning sickness is at its worst at some point between weeks seven and ten after which it subsides, but for others it can last all throughout the pregnancy.

Changed sense of smell and taste

Suddenly can’t stand a certain smell? Or do you have a metallic taste in your mouth? Being extra sensitive to strong smells and certain tastes is common in early pregnancy. This is probably also due to the immense hormone changes that are occurring.

Mood swings are common, especially at the beginning of your pregnancy. You may feel like you’re suffering from PMS during the first half because hormone changes can make you see-saw between being annoyed, depressed and overjoyed within the space of a few minutes. If you usually suffer from PMS, there is a higher risk that you will suffer from mood swings during pregnancy. The culprits are the pregnancy hormones that the placenta produces—the fact that it doesn’t affect everyone is simply because some are more sensitive to changes in hormone levels than others. However, sudden mood changes are not necessarily a sign of pregnancy as PMS or stress could also be the cause.

In pregnancy, the vaginal mucosa grows under the influence of the hormone estrogen, which contributes to more abundant discharge. The secretions produced in the vagina serve as protection against infections. Increased vaginal discharge is therefore a common sign of pregnancy. Some women are bothered by the increased amount, while others hardly notice any difference.

Always needing to run to the bathroom is a classic symptom of pregnancy and is especially common at the beginning. It’s because the uterus presses on the bladder and the body produces more urine. During pregnancy, the amount of blood in the body increases, so the kidneys have to work more than usual. Luckily, the bladder’s capacity also increases thanks to the hormone progesterone.

When the uterus starts to grow, the ligaments that hold it in place are stretched—like a rubber band stretching. To some women this feels like dull menstrual cramps. This is normal and can continue all throughout your pregnancy, or just occur from time to time. If the cramping is severe or doesn’t get better, it’s important that you talk to your health care provider.

Do you suddenly find yourself drawn to pickles or ice cream? Or food that you didn’t even like before? It’s not just a cliché—it can really be a sign that a baby is starting to grow in your uterus. Craving non-foods like clay, plaster or paint is not unheard of during pregnancy. This condition is called Pica and is thought to occur due to a deficiency in a mineral such as zinc, iron or calcium.

You may experience spotting or light bleeding when the fertilized egg is implanted into your uterine wall. If you experience spotting a few days after your last ovulation, it might be this, which is known as implantation bleeding. It is an unusual but completely harmless first sign of pregnancy.